Today’s lecture was about narratives. This topic is almost never covered in Cognitive Psychology courses. We did not have it when I took the course in 2008. Even when I took Psychology of Language and Reading Processes we still did not cover narratives. And I believe my experience is representative of the majority.

Why most instructors don’t include narratives? The answer can be traced back to Ulrich Neisser’s (1967) classic textbook, which continues to be the dominant model adopted by other textbook writers. The major feature of the classical model is that it presents “lower” cognitive processes at the beginning of the course, keeping the “higher” processes for the end. By the time we reach the higher cognitive functions (Chapter 11th in the 11 Chapters in Neisser’s textbook) we have already completely severed the connection to everyday experience and to common sense. 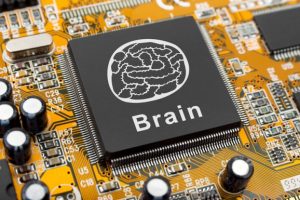 When it comes to teaching, the researcher zooms back and presents the overall framework to the students. The framework gives the field a sense of structure. It helps package the field for the sake of presentation to the students and interested others. Most of us teach Cognitive Psychology, in part, as a defense of why it should continue to exist. It is a way for the field to justify itself and its present form to its consumers.

“Every established order tends to produce the naturalization of its own arbitrariness.” — Pierre Bourdieu

This is why I include narratives and other less popular topics in my syllabus. I am trying to find new ways into Cognitive Psychology. I am also trying to find better ways of connecting the field the everyday experience. Finally, I try to avoid being an advertising agent for the discipline. That is why I begin the course with B.F. Skinner’s (1977) article “Why I am not a Cognitive Psychologist“. To do my job well, I must present the field’s critics, as well as its proponents. I must consider the possible future in which Cognitive Psychology, as we know it today, is no longer part of the mainstream.

“Everybody wants to be loved, to fit in. The fear that happens once you start swimming away from the shore, that you’re not going to find a next island, before your strength gives out. I think it’s very rational to be afraid of thinking for yourself, because you may very well find yourself at odds with the community on which you depend. And I think for some of us it’s just a compulsive behavior. It’s not even necessarily the smartest evolutionary strategy. It’s just hard to do it any other way.” — Eric Weinstein (link to the full interview)

A beautiful passage! And I’d recommend listening to the entire interview.

But, no, not everyone wants love. Few things are as irritating and unpleasant as the wrong type of love, the unwanted love, the love that is not coming from a respected source, a well-informed source, or a well-intentioned source. A love that comes with an agenda for you, placing you within and in the service of a scheme. Consider, for example, how rebellious kids say no to the love of their parents. They are not refusing love. What they are refusing is its high cost, namely control. And, that is not the only love against which we rebel. We would — or, at least, we should — also rebel against the love that is the reward of telling a lie.

When I heard Eric Weinstein, I remembered you quitting your job. And I remembered my own decision to decline the VENI. No, we are not refusing the idea of fitting in. We just want a different fit, a more truthful fit. We are not refusing a place in our community. We just want a place that is more true. Rebellious, for us, is a way of expressing I can do better than this. The present community might not have a place for that, but we hope that a future community might. We swim away from the shore, toward the hope of a future community. That “next island” is not a different place to find. It is a future to create.

Let’s continue with Robert Sokolowski’s Phenomenology of the Human Person.

“The fourth [philosophical layer of language use] is parasitic on the third [declarative level], and the third finds its completion in the fourth. In carrying out philosophical discourse we enhance the agency of truth that occurs on the third level, but that agency must already be there waiting to be enhanced.” (Sokolowski, 2008, p. 34)

Before addressing Sokolowski’s passage, a short side-note is in order. A useful thinking tools, formally introduced by Daniel Dennett, is the so-called sorta operator. We can say, for example:

So we can say, with regard to the third and fourth layers of language:

These are the elements of a proto-philosophical conversation, and they are grounded in a rather simple declaration of a person’s presence.

“The appropriate whole for language, the whole within which all the parts make sense, is the third [declarative] level, the one on which ‘we’ come to light as the ones who use the language.” — Phenomenology of the Human Person (Sokolowski, 2008, p. 33)

In this book, Sokolowski uses language as an entry point into a philosophical study of what it means to be a person. He divides different uses of language into four layers: 1. Prelinguistic, 2. ordinary use, 3. declarative, and 4. philosophical. To put it briefly, when we use language pre-linguistically, we are replacing sounds (of pleasure, excitement, pain, etc.) with words. We are doing something with words that could have been done without them. You are walking on a narrow corridor and your path is blocked by a slow walker. You say, “Excuse me”, but you could also clear your throat or announce your presence by humming a melody. Language here seems inessential.

The second layer consists of linguistic activities in which we exchange facts, commands, requests, promises, etc. The third layer can then be added above the second layer, by deflecting attention slightly from the fact and onto the agent who is delivering and framing the fact. Within the third layer, the primary emphasis is still on the fact, but now the person who is declaring the statement is in view. According to Sokolowski, if we place all the emphasis on the agent, we will end up with a fact [about the agent] and our activity falls back into the second level of language.

Finally, the fourth layer consists of a space in which we can recognize and examine the other 3 uses of language. Sokolowski warns us against regarding philosophy as a 2nd-level activity.

“… we must be careful lest what we describe now, the achievement of truth, get turned back – reduced – to a merely natural process, to one of the things described on the second level.” (ibid, p.33)

We can apply that way of noticing even to the first level. What do we accomplish when we use words to announce something pre-linguistic, such as pain, pleasure, or mere presence. We are engaging in an act of declaration — declaring ourselves as agents. What is supposedly the essential feature of the third layer is already at work at the very first level of language, at the level of language-as-sound.

I should start writing again, if for no reason other than letting you know what I have been up to. It is quiet here. And there are not many points of reference against which I could keep my state of mind in check. What do I do these days? I wake up, drink coffee, read, walk to the office, read, prepare lectures, teach, read, write occasionally, come back home. What am I reading? We will get back to that.

When in solitary confinement, a person might carve lines on the wall to create a difference as the days pass by. Each day marked with a line. Each day makes its noticeable difference and passes by. I am starting to carve these lines, partly for myself, and partly for you.

Analogies, analogies. Here is another one. When someone performs a series of back-and-forth hand movements with his eyes closed, the endpoints of the movements begin to drift from their original locations (Brown et al., 2003). Controlled states require the right kind of feedback. Controlling the endpoints of the movements requires vision. What do I want to control? And what does that have to do with writing now? I am not quite sure what it is that I want to control, but I know I am quite far from the kind of feedback I need. We will get back to that, too.